In spite of the disruptive impact COVID and geopolitical conflicts, the global market for potato starch is continuously growing. This is why many potato starch producers have been heavily investing in expansion and modernization of their production plants. As we have seen at customers who are major players in the European market this is a long term solution, based on a long term strategy.

The long term scope of several decades also includes future proof storage. So how to consider the alternatives when it comes to effective storage of potato starch? Basically there are two methods to handle the potato starch storage: big bags that are piled up in warehouses or automated bulk material handling in fully enclosed silo systems. Preferably, the storage facility is on premises at the production site in order to skip transportation and to ensure a continuous logistic flow.

The heart of the matter is that the big bag solution brings relatively low CapEx with high OpEx. This means less capital expenditure on infrastructure but higher operating costs due to labor and material handling equipment such as trucks and forklifts and more. The automated silo system on the other hand combines relatively high initial investment (CapEx) with ongoing low operational costs. Besides the financial aspect, essential considerations are also the limited space at plant sites and the degree of deterioration over an extended storage period. 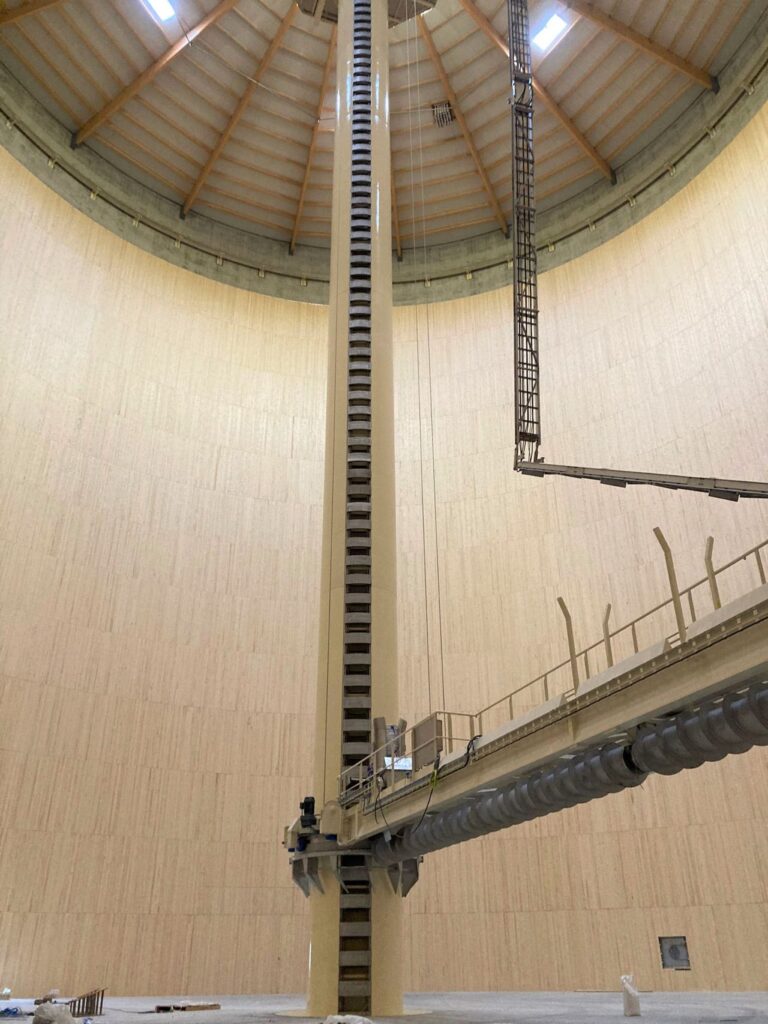 With the successful installation of the second Eurosilo in Karup, one of the production sites of KMC, the world’s largest potato starch storage facility has been realized. With more than 60 potato-based products and over 90% worldwide export of its production, KMC is a leading producer, owned by starch potato farmers.

The automated 88.500 m3 potato starch silo in Karup is the latest of no less than five Eurosilos that were built for KMC at different production sites in the last 7 years. The huge storage capacity enables KMC to bridge the gap between seasonal production and changing market situations. The key to this advantage is large volumes. This requires proven technology to safely store potato starch for an extended period of time. Fully enclosed storage in a Eurosilo keeps the potato starch in perfect moisture free condition with wooden cladding on the concrete silo wall. The automated infeed and output is handled by the Eurosilo system, using the propriety central shutter column and rotating screw conveyors to move the potato starch.

Most importantly, the vertical storage concept reduces the required ground space to about one third compared to big bag storage in multiple warehouses. At existing production sites, such as with KMC, this is vital for expansion. 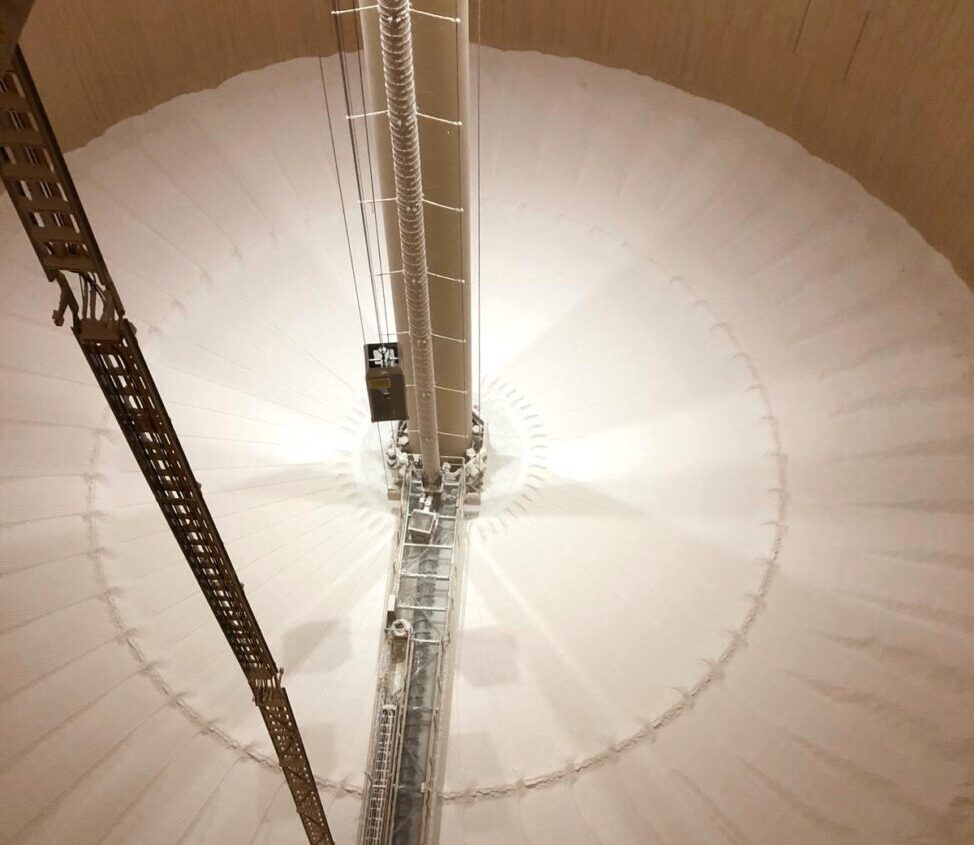 Handling the in-feed and out-feed of potato starch is quite a challenging task. The very fine particles cause the potato starch to fluidize during the filling process. This means that, when moved, the material behaves like a liquid instead of a solid. This fluidization makes the starch difficult to control during the in-feed process. Another big challenge is that the weight of the stored mass causes the potato starch to become more and more compact over time. So how do you ensure smooth out-feed without blockages?

The big advantage is the ability to store more starch: up to a height of 45 meter with a diameter of 50 meter can be stored without any problem. The closed infeed reduces dust to a minimum, safeguarding ATEX standards, while the central hatched column guarantees controlled output, even after more than a year storage!

We’re proud to say that, although invented a long time ago, this is still the most popular storage system for leading potato starch manufacturers around the world. Feel free to contact us at any given moment for more details or if you’re considering the viable application of a Eurosilo.